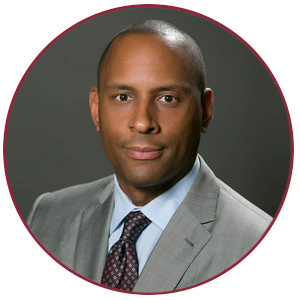 Barton Morris is the principal attorney and founder of the Cannabis Legal Group, specializing in all marijuana related legal issues including criminal defense, business law, licensing, consulting, land use and real property. Barton is well known as one of the top cannabis law lawyers in Michigan having developed this expertise since 2008 with the enactment of the Michigan Medical Marijuana Act. He is an official spokesman for the Coalition to Regulate Marijuana Like Alcohol and is a council member of the Marijuana Law Section of the Michigan Bar Association and chair of its science committee. One of the ways Barton has developed his marijuana law specialty is through the training he received becoming the only attorney in Michigan certified by the American Chemical Society as a Forensic Lawyer-Scientist maintaining a focus on marijuana related science.

He is also a graduate of the prestigious Gerry Spence Trial Lawyer’s College and sits on its Alumni Board of Directors. Barton maintains board positions with the DUI Defense Lawyers Association and the Michigan Association of OWI attorneys. He also is on the faculty of both of those organizations regularly providing presentations and teaching lawyers from all over the country. Barton has been recognized professionally with several awards including being rated 10/10 by AVVO, and a Super Lawyer Magazine outstanding attorney in 2014, 2015, 2016 and 2017. Dbusiness Magazine also named Barton Morris a Top Attorney in Metro Detroit in 2012-2014 and 2019-2020 and named the Cannabis Legal Group the “Face of Cannabis Law” for 2016, 2017 and 2018.

On behalf of the State Bar of Michigan Marijuana Law Section, he has presented public policy section positions before the Michigan legislature. He has also written journal articles in the Marijuana Law Section Journal. Attorney Morris has also enjoyed a very successful and distinguished career as a criminal defense trial lawyer and cannabis business specialist. He is known for his trial preparation and expert knowledge in marijuana related science by industry attorneys, judges and prosecutors.

Barton Morris is also a very experienced federal criminal defense attorney having practiced extensively in both the Eastern and Western Federal Districts of Michigan. He has successfully litigated federal criminal cases in the areas of health care and medicare fraud, mortgage fraud, drug trafficking prosecutions involving heroin, cocaine, marijuana, prescription pills, and ecstasy. He has also tried cases involving RICO conspiracies, murder of a federal witness, production, possession and distribution of child pornography, marijuana trafficking and money laundering. Barton has the experience and skill to win any complex criminal prosecution in any court.

In October of 2014 Barton Morris was the first, and presently only, attorney in Michigan to earn the American Chemical Society designation Forensic Lawyer-Scientist due to the completion of several intensive courses in forensic chromatography comprising of over 160 hours of education and lab and passing a very difficult comprehensive examination. Barton Morris is one of only 44 attorneys in the nation to have earned this distinction.