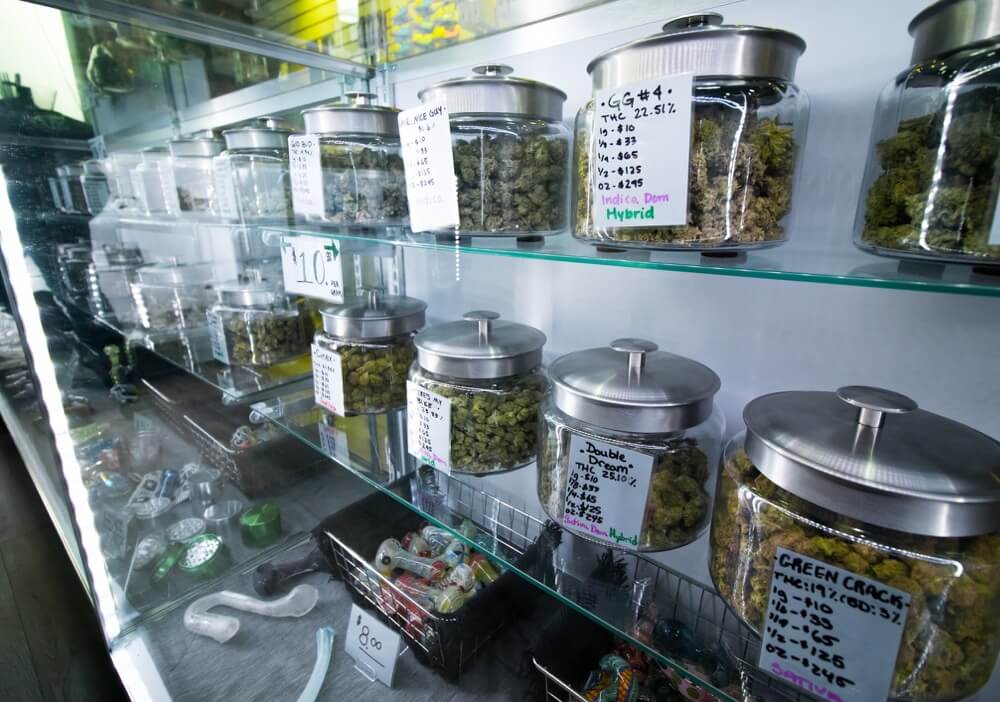 The City of Detroit failed to provide Detroiters the opportunity to participate in the recreational marijuana industry. Due to a recent federal court ruling, the City Council is heading back to the drawing board.

The cannabis industry desperately needs opportunities available for those who are historically disadvantaged by cannabis prohibition. For the past 50 years, African-Americans are approximately four times more likely to be arrested, prosecuted and convicted for non-violent marijuana related offenses; despite black and white people using marijuana at the same rate.

This disturbing injustice comes with a significant cost to those affected. This includes (but isn’t limited to) a consistent loss of employment opportunities, increased employment discrimination, and racially motivated economic suppression that has flourished for decades. Additionally, there are people who remain incarcerated today for marijuana. If these offenses were committed today, they would be punished by no more than a misdemeanor. It’s extremely unfair for a legal cannabis industry to thrive without including the many victims of its prohibition.

Like many cities all over Michigan, The City of Detroit sought to adopt social equity programs to address this systemic injustice. During Mayor Mike Duggan’s State of the City address back in January 2019, he announced that the City Council would introduce their recreational marijuana facilities ordinance.

The highlight? The ordinance promised longtime residents from the city (“Legacy Applicants”) at least half of the available recreational licenses.

That ordinance was introduced 18 months later in July 2020. Unfortunately, in many cases, hundreds of applicants faced financial detriment. For reasons explained below, this “promise” led hundreds of Detroiters to pursue opportunities that didn’t really exist.

Despite these issues, the biggest threat by far to the Detroit Legacy program is the federal lawsuit filed against the city. On June 17, 2021, U.S. District Court Judge Bernard Friedman ruled that the ordinance, particularly the Detroit Legacy Program, favored Detroit residents of at least 15 years.

Judge Friedman, who was appointed to the U.S. District Court by then-president Ronald Reagan in 1988 (a major proponent of the War on Drugs), stated that the city’s recreational marijuana license ordinance “was likely unconstitutional,” and that the city’s:

What Should Detroit Do Next? 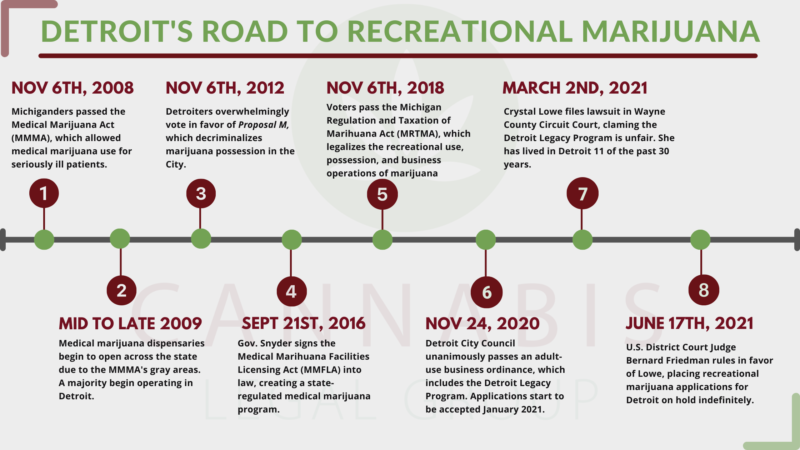 The MRA requires all municipalities to include social equity, diversity and inclusion programs in their recreational marijuana ordinances. Other cities include require hiring policies that ensure opportunity and diversity. In the new ordinance, Detroit should mandate that licensed businesses hire citizens from the City.

Detroit could also identify social equity applicants, by whether a family member or they themselves have been convicted of non-violent drug offense(s). Lastly, as the state requires, qualification could be any person living in the City; not just those with long term residency.

Regardless, the City Council must redraft the entire ordinance. The money and time that hundreds of Detroiters spent on applications is likely wasted. Detroit remains the largest city in Michigan, and yet one without recreational marijuana facilities. If the city can adapt using the solutions proposed above, perhaps they can come up with a solution that’s fair to all Detroiters.