On April 27th, 2020, the Michigan Supreme Court released its opinion in DeRuiter v. Township of Byron. The question decided by the Court was whether and to what extent a municipality can create additional zoning, licensing, and other regulatory requirements for caregiver activities (including cultivation), without violating caregiver protections under the Michigan Medical Marihuana Act (MMMA). 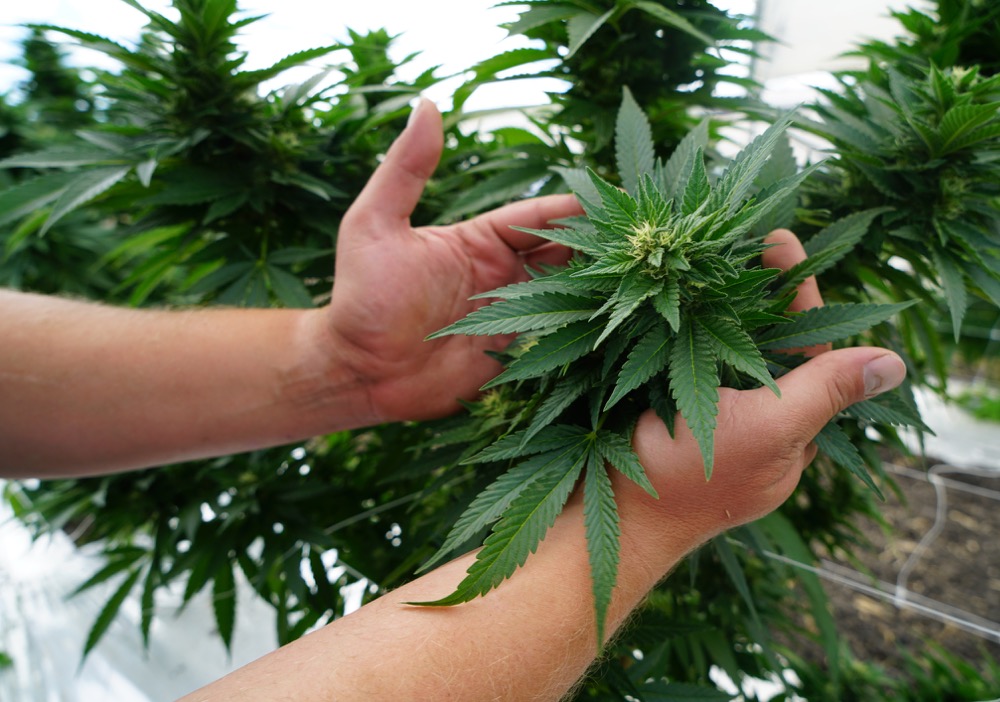 The Court ruled in favor of Byron Township and held that it is lawful for a municipality to create and enforce an ordinance containing additional regulations for caregivers, as long as the ordinance does not conflict with the MMMA.

Byron Township passed an ordinance limiting a caregiver’s ability to grow medical marijuana. Under the ordinance, the Township only allowed caregiver cultivation as a permitted “home occupation” at the caregiver’s full-time residence.

Since she did not want to grow at home, DeRuiter leased property at a commercial zoning district in the Township to grow medical marijuana as a caregiver. The Township attempted to stop DeRuiter from violating the ordinance, and litigation followed.

Ultimately, the Court decided that there was not a direct conflict and ruled in favor of the Township.

In its analysis, the Court recognized that the MMMA allows for caregiver cultivation in an “enclosed, locked facility” and provides caregivers with certain protections under state law. However, the Court found that the MMMA is silent on where caregivers may grow medical marijuana.

In other words, the DeRuiter Court decided that the MMMA’s “enclosed, locked facility” requirement only addresses the type of structure where medical marijuana must be grown, not the physical location.

Based on that conclusion, the Court stated that:

“[t]he geographical restriction imposed by Byron Township’s zoning ordinance adds to and complements the limitations imposed by the MMMA; we therefore do not believe there is a contradiction between the state law and the local ordinance.”

The Court acknowledged that the Township’s ordinance contained additional requirements beyond what is contained in the MMMA. However, the Court concluded that the ordinance did not unlawfully limit the ability of a caregiver to grow for his or her registered patients in an enclosed, locked facility.

READ  The Status of Cannabis Supply Availability in Michigan

Additionally, the Court found that, “Byron Township appropriately used its authority under the MZEA [Michigan Zoning Enabling Act] to craft a zoning ordinance that does not directly conflict with the MMMA.” The Court added that the MZEA allows municipalities to, “require zoning permits and permit fees for the use of buildings and structures within its jurisdictions.”

For that reason, the Court explained that it was legal for Byron Township to require a permit and payment of fees before allowing caregivers to use a location to grow medical marijuana for patients.

In conclusion, the DeRuiter Court held that:

In other words, the Michigan Supreme Court declared that municipalities are allowed to reasonably regulate caregiver activities under the MMMA.

Under DeRuiter, while a municipality cannot completely prohibit caregiver grows or penalize other activities based on the medical use of marijuana under the MMMA, it may adopt an ordinance with restrictions on caregiver cultivation, including requiring payment of fees, obtaining permits, and limitations on the physical location of a caregiver’s enclosed, locked facility.

An Uncertain Future for Michigan Caregivers

While the Court’s opinion in DeRuiter is limited to the specific facts of the case and did not completely resolve the issue, the decision will nonetheless significantly impact primary caregivers and registered patients.

Based on the Michigan Supreme Court’s previous ruling in Ter Beek v. City of Wyoming, it is clear that under the MMMA, a municipality cannot entirely prohibit caregivers from growing medical marijuana for patients.

However, under DeRuiter, more municipalities will likely adopt restrictive ordinances regarding the cultivation of medical marijuana by caregivers. In turn, the number of non-residential physical locations where caregivers are allowed to grow medical marijuana for patients will decrease, and caregivers will be forced to comply with additional rules at a greater cost.

Likewise, fewer physical locations and increased expenses will likely cause a reduction in the number of caregivers to the detriment of patients.

While businesses licensed under the Medical Marihuana Facilities Licensing Act (MMFLA) will keep growing in number and continue to supply Michigan’s patient population with a variety of different products, there may be no substitute for the specific attention that a caregiver can provide to a patient.

After the recent DeRuiter opinion and other recent policy changes from the MRA, the number of primary caregivers in Michigan will likely continue to decrease. In the end, patients will suffer the most, since there will be fewer individuals with the know-how on growing specific strains and provide necessary products to satisfy a patient’s specific needs.

Nickolas Galendez is an associate attorney with the Cannabis Legal Group. Since joining the State Bar of Michigan in 2015, Nickolas has practiced medical marijuana law under the Michigan Medical Marihuana Act and the Medical Marihuana Facilities Licensing Act. For over two years, Nickolas has gained significant experience related to preparing and filing applications for local and state licenses; property, land use, and zoning issues; as well as education and advocacy efforts.