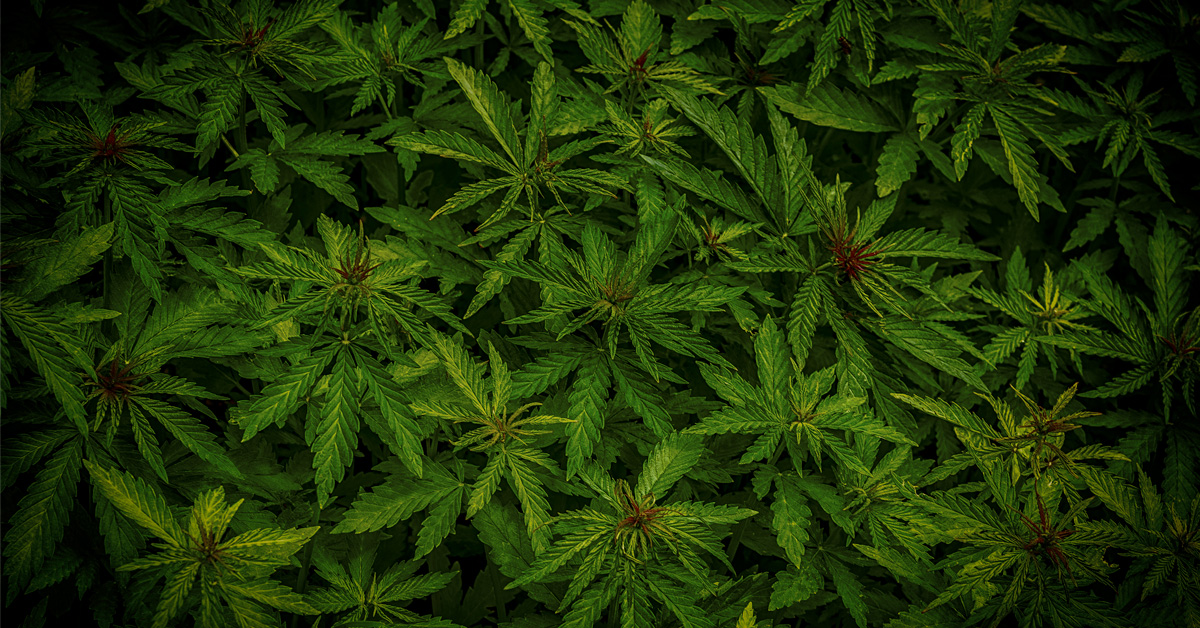 My client was a medical marijuana patient and caregiver for five additional patients. The West Michigan Enforcement Team (WEMET) executed a search warrant on my client’s home after he had just harvested his entire crop. They discovered nine hanging plants, about 98-gallon bags of dried and processed flower buds, and several pounds of old and moldy trim which was marked for waste. Plus there was 3.5 pounds of butane extracted THC wax.

In all, the cops said it weighed about 238 pounds plus the nine hanging plants. The client was charged with the fifteen-year class C felony of possession with intent to deliver over 45 kilograms of marijuana and manufacturing marijuana.

My client had a valid medical marijuana patient and caregiver card. His five patients were all valid and had reasonably legitimate relationships with their recommending physicians. Each of them also consumed a significant amount of THC extract for the treatment of the qualifying medical illnesses. Most of them were for severe and chronic pain. Section 8 of the Michigan Medical Marijuana Act says we can use the Act as a defense as long as we can demonstrate that the patients had a legitimate “bona fide” relationship with their physician, that the amount of marijuana was not more than what was reasonably necessary to ensure the patients an uninterrupted supply, and that the medicine was, in fact, being used for medical purposes. In other words, and most importantly, all we had to show is that the 250 pounds was a reasonable amount to provide those patients what they needed.

In my experience, police never properly preserve marijuana evidence, especially whole plants. They do not place the evidence in temperature controlled environments or attempt to dry out the evidence to maintain its integrity. We hired an expert, Jon Markey, from Iron Laboratories to travel to West Michigan and examine all of the evidence. The prosecution would not agree so we filed a motion and the judge forced them to. Jon was able to select specific samples of the evidence to be analyzed at his marijuana chemical testing laboratory. They made it difficult but finally, Jon was able to independently weigh each item of evidence, examine the manner in which it was preserved, and identify samples to have delivered back to his lab for chemical and biological analysis. Of course, they refused to allow Jon to take the samples himself so we had to file another motion. The judge ordered the cops to take the samples to Walled Lake.

After analysis, Jon discovered that the plants and flower material contained a high amount of mold which means the marijuana was only good for cannabinoid extraction (which destroys the mold). Jon was also able to identify the concentration of THC which allowed for an estimation of how much wax would have been created. In this case, it was approximately 25-30 pounds.

After fighting and winning the prosecutor’s challenges for reconsideration of our motions, we finally had our section 8 evidentiary hearing. Dr. Markey testified to his findings.

Recent Amendment to the MMMA Helps

Thanks to a recent amendment to the Medical Marijuana Act, a patient is allowed to be in possession of up to 40 ounces of solid THC extract at one time which is 2.5 pounds. (16 ounces of solid THC equals one ounce of flower). The patients testified that they would get a pound from the client every two months. With six patients getting a pound every two months that equals 36 pounds of wax a year. My client just executed his yearly harvest and was not going to have another until the following year. He was therefore in a reasonable amount necessary to ensure that his patients had enough for the entire year. It is that simple.

The Deal of a Lifetime

While this testimony and strategy was great for the evidentiary hearing it only entitled us to use this defense at trial. The prosecution did not want to go to trial. For months we had been winning every legal argument and so they finally offered a deal. If the client can complete a probationary sentence, the felony charge would be reduced to a misdemeanor possession of marijuana. Because it was my client’s first offense, he will be eligible for 7411 which means the case is dismissed entirely and no conviction will remain. The deal was too good to pass up.

This is how you expertly fight a possession/manufacture medical marijuana case. I bet the next time I show up in this court, they will remember what happened.